All my full games that Exist, with or without links, i attempted to put them in order but this is all of them. unfortunately not all have images

If I look back on it now, it looks alot like it could be a beta version of Sonic Speed Fighters, anyways, my old computer was infected with.. some sort of virus or something so its gone

This one wasn't as unbalanced as the other two I guess, I'm not sure where I was going, but this is where I got my "Fire Sonic" character idea from you see in the first sonic speed fighters(not the FC NFS) although the one in this mugen was tons better than the one released with Sonic speed fighters.

Hmm, this was when my pc was having issues, so i never got to work on it as much, it still exists on my old hardrive, although the game itself was terrible.... by the way THIS is where "True Blue Sonic" came from. Also I apparently attempted to make "-Z-" in this, but I somehow forgot what he looked like apparently so i screwed up bad >.> No link because I didn't feel comfortable releasing it. A very terrible game with tons of characters. If you like crap then this is your thing 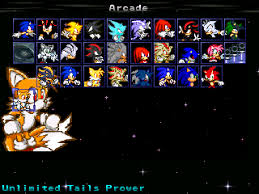 Apparently I attempted to make a better game... while still using assets from the previous ones and only Sonic and tails came out right... everyone else was just.. wrong I had started Something good with this one, one of these days I might pick it up again and fix it and remove almost everything >.> Oh yeah once again I tried making a system off of one character for everyone and still mestup while using more stuff from Sonic speed fighters 1 I released this to tons of places as i kept re-uploading it again and again, also some characters are glitched, and when i say that I mean ONE CHARACTER is glitched Yeah, I tried remaking what MageFX was making, even though I mestup terribly. *HINT HINT I AM GOING TO REMAKE THIS SOON SO IT WILL PLAY BETTER* 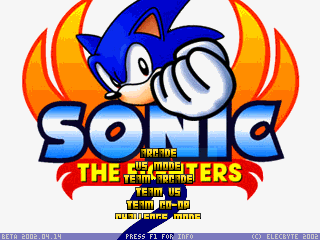 When MageFX released Giziod Requiem Alpha, I immediately downloaded it, it was so cool even though there were only two characters..... then one day I attempted to make a sonic in the style of those two, even though I received praise from both MageFX and Sonicfactor,I still managed to screw up, so after I made STF2 I decided to use his... game with two characters to create my apparently most downloaded full game... seriously what do you all see in this? DO YOU REALLY LIKE MEPHILEIGNIZ? STF2 and Sonic Revival played EXTREMELY similar, so I decided to mix the two together.... bad idea... then I decided to add some new characters... and I finally made one of my favorite of all my fan-characters. Unfortunately, No link, the thing was too hard for me to code, but as you saw I released Mephiles and Silver, so eventually I will release the characters and the stages.

The title screen looks dope, the character select screen maaaaaaaaaaay need a bit of fixing and there are no lifebarrs, hence, no link I'm pretty sure you know why this has no link.

Thanks to my pal pokechao, this game was made using an MvC shadow he made. I decided to make the characters with the most sprites available, although I had a few in mind that didn't manage to make it, and a few who were last minute ideas which completely changed the game's story and everything.This game, unlike the other's actually plays better. As of now there is only a demo available so not all characters you see in my videos will be playable yet. 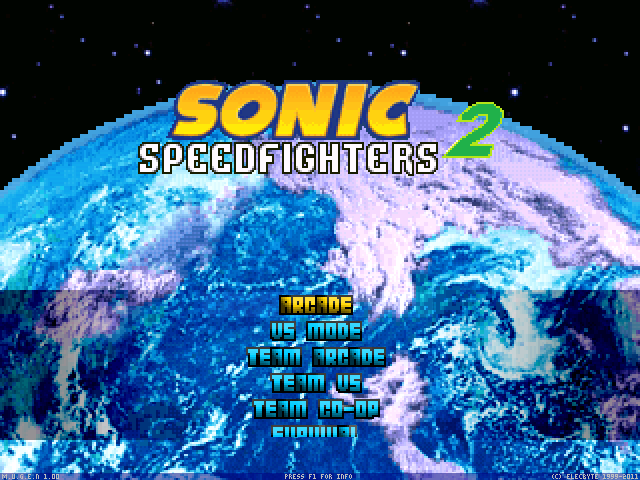 I tried to go more pro with this one, abusing the amount of good sonic sprites that are unused and hi quality hitsparks, and going out of my way to create new poses altogether. This one is gonna be pretty good. As of now there is a demo, how about you try what I've made so far. The conclusion to the story featured in Sonic Speed Fighters 2 and SF REMIX:UM. What will happen? Only time will tell.

It seems a demo popped up Well would ya look at that, a demo... a VERY early demo. This is exactly what you think it is. 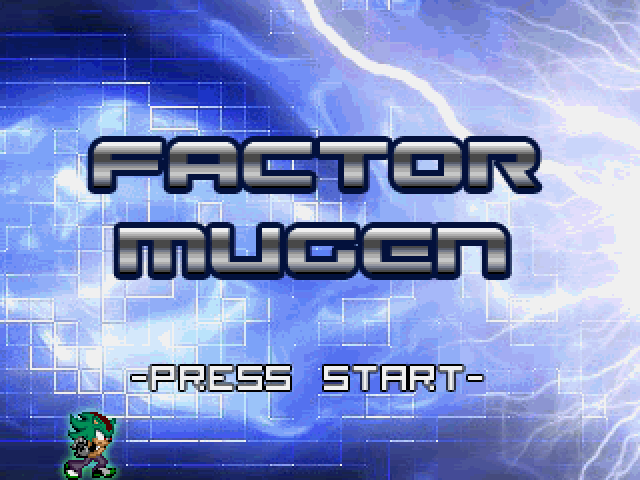